Beware the popping of the housing bubble 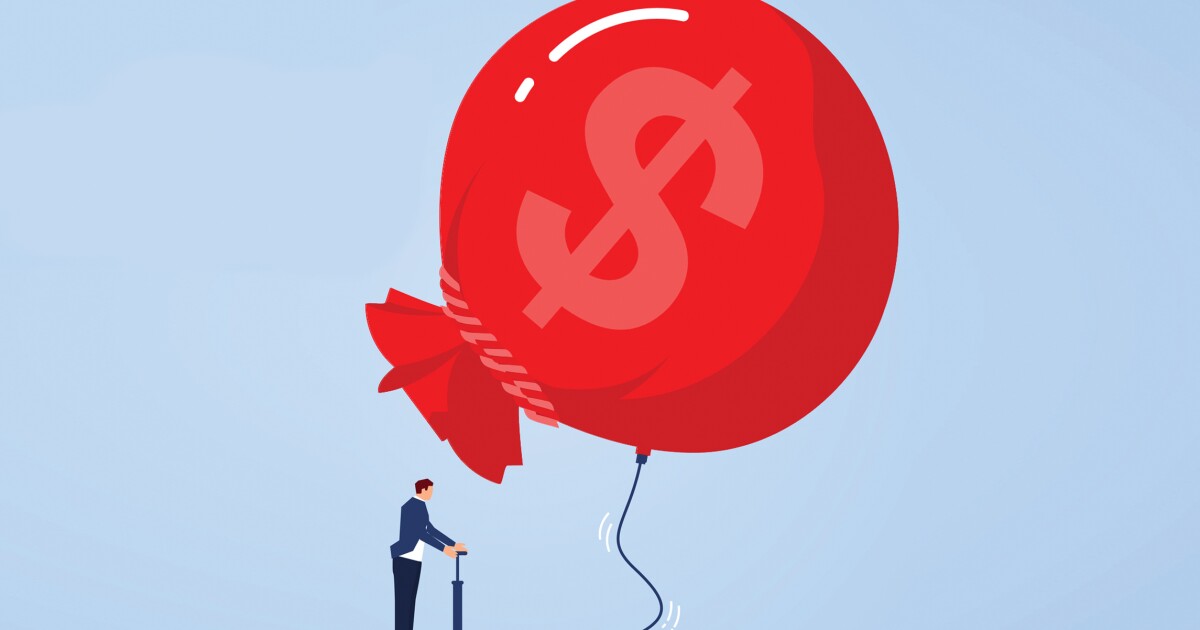 Washington never learns. Never. Politicians are like collective Alzheimer’s disease patients. They have no short-term memories.

Does anyone remember 2008? It was only 14 years ago. Then, America suffered through one of the most significant and most painful financial crises in our nation’s history — and the worst losses since the crash of 1929. Millions of people lost their jobs. Hundreds of thousands defaulted on their mortgages and lost their homes.

Trillions of dollars of lifetime savings and wealth evaporated. Central billion-dollar banks and investment houses that were thought to be invincible were swept away like straw huts in the face of a tsunami.

The calamity resulted from government policies that intentionally inflated a housing bubble year after year. Few saw the bursting of the bubble coming. When it popped, the carnage was everywhere and felt from coast to coast.

Now there are many of the same flashing signs of a housing bubble — and again, no one is paying attention.

A well-respected housing affordability index fell last month to near the lowest level ever as home prices surged.

Mortgage interest rates now exceed 5.2% — up from 3.6% just two years ago. In some markets, rates are nearing 6%. And the Fed is raising rates again, as it should, but this too will likely further inflate mortgage rates.

The average mortgage payment is now $1,800 a month — 70% higher than before COVID-19 hit. Many people live paycheck to paycheck and are already financially squeezed due to prices rising faster than paychecks. The only other time home payments were as high as they are today was in 2007. Yes, on the eve of the Great Financial Crisis.

A popular mortgage monitor called Black Knight shows home prices are up 19.9% over a year ago. Yes, that’s good news for homeowners as their home equity surges. But these gravity-defying home prices are killers for homebuyers, especially young, first-time buyers.

Loan-to-income levels are also rising, which makes defaults more likely. If housing prices fall, borrowers will start to be pushed underwater with unpaid loans more outstanding than the house’s value. They will walk away as millions of borrowers did in 2008 and 2009.

If this housing run-up were simply a result of natural supply and demand market forces, there wouldn’t be a great cause for concern.

Alas, Congress, the Fed, and housing agencies such as Fannie Mae are pumping air into the bubble. The Fed has artificially held interest rates too low for too long as part of its “stimulus” strategy. Meanwhile, the Fed has encouraged home loans by purchasing $2.7 trillion of mortgage-backed securities, and they are held on the central bank’s balance sheet. That’s precisely what it did in the early 2000s.

Congress has been passing out hundreds of billions for taxpayer-funded rental and mortgage assistance, propping up housing.

Meanwhile, Fannie Mae, the federal guarantor of trillions of dollars of mortgages, is now insuring mortgages of more than $1 million. This program was supposed to help lower-income and first-time homebuyers. Now, millionaires are getting subsidized loans thanks to the tremendous power of the housing lobby made up of realtors, mortgage bankers, and homebuilders.

If and when the bubble bursts again, everyone gets hurt. Homeownership rates will crash again — which is the opposite of the desired result from all of these government programs.

These are the laws of unintended consequences that Congress never learns.