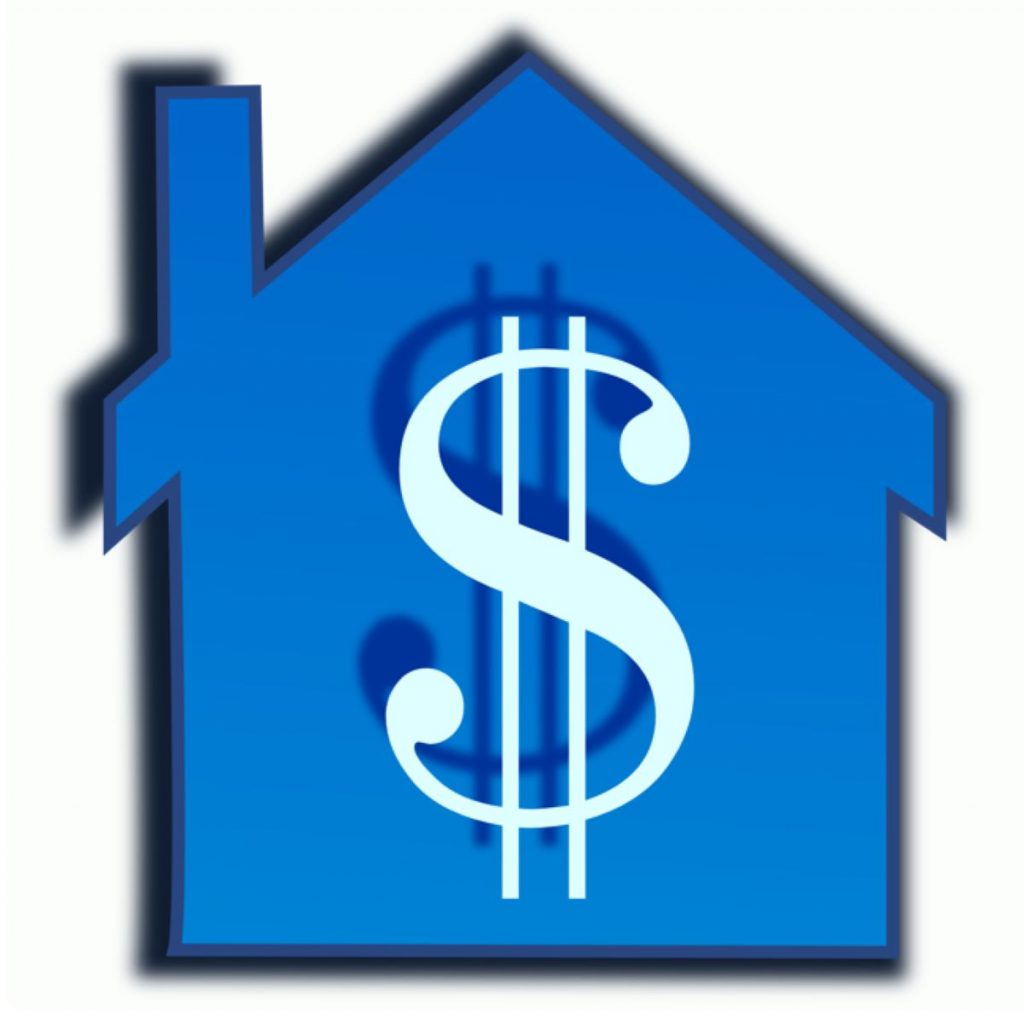 Affordable housing is what it says it is — it’s what an individual or family can afford. However, not everyone can afford the same amount.

One person’s income is different from another’s. The housing market and geographic area weigh heavily on the price of property, and the cost of the same style of home in one place might not be the same as somewhere else. Other factors such as living wage and costs of goods and services also play a part in where a person decides to live and what type of housing they want and need.

Then there’s inflation, taxes and a host of other concerns that people have to contend with, including right now, such as skyrocketing gasoline, utility and food prices. And like much of life today, the government — from the local level up — gets involved in the equation.

It helps, offering developers incentives for including “affordable housing” in their resort or subdivision projects, providing subsidies to cover a portion of a person’s rent and creating other programs and policies that foster a sense of shelter for all.

On the other hand, it sometimes can throw a wrench into the system, making moves such as setting property taxes too high in places where the average cost of property is already overpriced and putting a slew of rules, regulations and red tape in the way of someone being able to find a home.

Then there’s the stigma associated with being very low-, low- and even moderate-income — someone who can only find a home if it’s “affordable housing,” someone who can’t pay their bills or keep a house, someone who, without help, might otherwise be homeless.

What it all boils down to for Hawai‘i County Mayor Mitch Roth is sustainability.

For sustainability to happen, the mayor said people need to have affordable housing, quality jobs and an environment that will help them prosper and succeed. If they can’t get that here, including being able to afford to live here, they’ll be just like his three children, who are all moving off island.

“So affordable housing is front and center for our administration,” Roth said.

The question is, how can his administration and the legislative leaders of the county make that sustainability happen? They have some ideas and are putting policies and plans in place.

The U.S. Department of Housing and Urban Development sets income limits for housing assistance, which in turn are used by the county’s Office of Housing and Community Development, led by director Susan Kunz, to offer funding and programs for those who need help.

Kunz said affordable housing unit prices are generally between 30% and 140% of the area median income, and 30% of a person’s or family’s income is the general rule of how much they should be putting toward housing expenses.

Affordable housing guidelines for Hawai‘i County can be found by clicking here.

Kunz and her staff bring a vast amount of knowledge to the table and have a variety of tools to help people get rental assistance and find a home they can afford. The office administers the county’s housing funds and programs, including the Section 8 voucher program for rentals, community development block grant funding, and investment partnerships, among others.

The Section 8 program is perhaps the largest. Kunz said the county manages about 2,000 Section 8 vouchers right now. A voucher is given to an individual or family approved to receive assistance and they are responsible for finding a rental they can afford. They cannot exceed the amount for which they are approved, and HUD sets the cap on acceptable rental prices.

“This administration is really trying to look at setting policies that are more incentive-based rather than mandates,” Kunz told Big Island Now.

The administration is looking to kick off landlord incentives this year.

“That’s pretty exciting,” Kunz said. “We’re trying to motivate the landlords to come and participate with us. And it’s set income. Once they get on board, the tenants are paying 30% of their income, but HUD’s paying everything else — and that check keeps rolling in.”

It also works with private developers, offering project-based vouchers through Section 8 funding so the developer can charge a fair market rent for units and still be able to provide workforce or very low- to moderate-income housing.

“The reason why that’s so valuable to a developer is because at 30% AMI, a developer can’t cover his costs,” Kunz said.

The voucher system allows a developer to collect the other 70% through HUD funding so they can provide affordable housing without losing money.

The county is trying to help developers in other ways, too, including charging those providing affordable housing the homeowner property tax rate of $11.10 per $1,000 of property value instead of the residential rate of $16.15 per $1,000.

He added that his administration wants to work with developers and others in housing development to make affordable housing happen instead of them going at it alone. The administration also is looking at developing other assistance programs, including engaging with banks and federal credit unions to create a down payment program for families looking to purchase a home who don’t quite make enough for a full down payment.

It’s all part of the administration putting together a strategic road map for affordable housing.

Kunz is working with other department chiefs to develop the strategy, which includes ideas such as using state and county lands with the correct zoning and infrastructure in place for affordable housing projects and reviewing and revising county housing, zoning, planning and subdivision codes to make development easier.

The housing office is also partnering with the county Department of Public Works to fast-track building permits for affordable housing projects.

“So, we’re actually pulling affordable housing projects out of the system and moving those really quickly, so it doesn’t get stuck in the system,” Kunz said. “Time is money. We’ve actually drafted some policy and we’re going back and forth on that now.”

The county in October even kicked off a financial empowerment center that provides families with financial literacy programs and teaches them how to manage their money. There are no income restrictions for that program, so any Big Island resident can participate.

“We’re looking at anyway possible where we can keep our local families here,” Roth said.

The mayor added that his administration is working with anybody and everybody to provide more affordable and workforce housing on the Big Island, including outside organizations and the Hawai‘i County Council, which has recently discussed and passed several pieces of legislation connected with affordable housing.

That includes Bill 160, which is on the council’s agenda for Wednesday, June 15. The measure, introduced by Councilwoman Ashley Kierkiewicz, establishes an annual appropriation of at least $5 million to the county housing office to facilitate programs that support affordable housing.

If the bill passes, Kunz said in fiscal year 2023, the housing department will see $9 million it can use for affordable housing development.

“So we’re making some progress,” she said.

Bill 160 is up for its second and final reading during the council’s Wednesday regular meeting.

Other recent measures taken up the council include Bill 152, which established nine specific uses for expenditure of funds to support the county’s housing needs. That measure passed its second and final reading during the council’s May 18 regular meeting. The council also has approved zoning changes for developments recently, including the Kumu Hou project in Waikōloa, that provide workforce or affordable housing, and earlier this year passed a measure that sets aside a portion of property taxes levied on second luxury homes on the island to be used to address homelessness and housing needs.

“Over the past several decades, housing that is truly affordable has consistently become non-existent, and almost impossible for the working/middle class to afford,” Hawai‘i County Council Chairwoman Maile David told Big Island Now in an email. “Generational families of Hawai’i Island in the ’60s and ’70s were able to afford to buy land and build a modest home. As Hawai’i Island’s population grew, and families relocating to this island because the cost of living on the neighbor islands became unaffordable, the demand for housing in Hawai’i County grew as well, and large subdivision developments exploded in Kona.”

David said as the cost of these homes made it more and more difficult for working class families to afford, they were forced to work two or more jobs to make ends meet, and a large number of families are now living with parents and grandparents in order to survive.

“This trend continues,” she said.

Roth and Kunz said a study found that the county needs about 10,000 affordable units. When Roth’s administration took the helm in 2020, there were about 1,200 affordable housing units in the works. As of the middle of last month, just a year and a half after Roth took office, there were about 5,100 units being developed around the island.

And the need for affordable housing is universal around the island.

“It really is,” Kunz said, adding that the county has done a lot of work with the tools it has available and trying to get people to the table. There’s been no shortage of developers wanting to do business on the island.

But it’s not nearly enough to reach Roth’s sustainability goal.

He said the county needs to look at ways to create opportunities for local families to be able to afford to live on the island.

“We can’t be focusing on outside, we need to make sure that we’re taking care of our own people with affordable housing,” Roth said.

“The lack of affordable housing has a huge impact on homelessness as well,” Kunz added.

However, increasing affordable housing inventory is not the only solution.

“It is only one part of the big picture,” David said.

Another issue is how the county addresses affordability as it relates to the impacts of tourism on the availability of long-term rental housing inventory in the county, as short-term rentals have increased because of income revenue sources and quick turnaround.

She said affordable housing is a multi-jurisdictional county, state and federal process.

“While the focus is primarily on building or creating more ‘affordable’ housing projects through coordination with developers, given the issues above, I believe government needs to explore expanding into other areas of housing opportunities such as sale of land at affordable prices, which could provide families an opportunity to build a modest home they can afford and become self-sufficient, which would be a first step in moving this county in the direction of sustainability.“

“So it’s important in so many ways for us to focus on that,” Kunz said. “We’ve got to make sure our families are stable, and it’s about economic development, it’s about sustainability.”