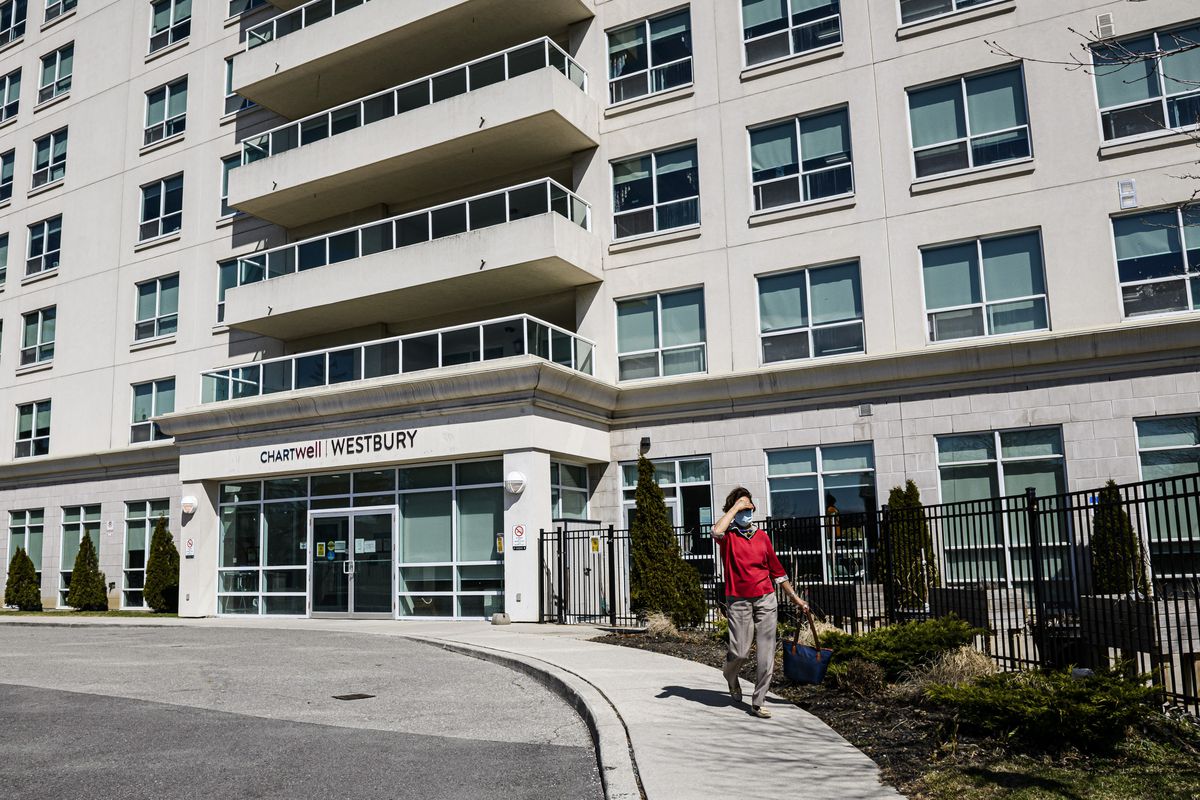 The torrid pace of deal activity in Canada’s seniors housing sector is turning feverish, with Chartwell Retirement Residences CSH-UN-T selling 16 Ontario long-term care homes, as well as one currently under development, for $447-million.

Ontario-based Chartwell, which own seniors retirement residences and long-term care homes and is Canada’s largest seniors housing operator, is selling its long-term care portfolio to a partnership between AgeCare Health Services Inc. and Axium Infrastructure Inc. AgeCare owns long-term care facilities in Alberta and British Columbia, while Axium is a private investment manager.

Long-term care, which is predominately government-funded, comprises only 10 per cent of Chartwell’s total business. After the sale, which will deliver $277-million to Chartwell after adjusting for mortgages and other costs, almost all of Chartwell’s income will come from private-pay seniors retirement housing. To this end, late Thursday the company also announced the acquisition of three Ontario retirement residences for $228-million.

Chartwell’s transactions extend a recent flurry of deals for Canadian seniors housing facilities, which have become prized assets over the past nine months and have attracted a mix of buyers ranging from U.S. operators to private investment managers. Many recent deals have been for private-pay seniors housing, but recently, long-term care homes have also changed hands.

But a lot has changed in the past two years. For one, retirement housing occupancy has dropped, partly because of restrictions that prevented tours of available facilities. Demand for long-term care, meanwhile, has remained robust.

At Chartwell, long-term care occupancy hovers around 90 per cent, while the occupancy in its seniors housing arm sits around 76 per cent.

Ontario’s long-term care homes were hit hard by the pandemic, particularly in the first wave. Many of the facilities are dated with ward-style rooms that house three or four people, allowing COVID-19 to spread easily. The government has allocated money for upgrades, but the renovation projects take a while.

Because of the lengthy timelines, some long-term care operators are selling facilities to investment funds, or to operators who have partnered with investment funds that have long-term time horizons. Axium, for one, specializes in infrastructure assets that are often held for decades.

While long-term care facilities may not fit a conventional definition of infrastructure, which tends to include roads and shipping terminals, they align with a financial definition for the asset class because they have long-term contracts backed by stable government payers.

The Chartwell deal is Axium’s second long-term care transaction in March. Earlier in the month, the investment firm teamed up with with Extendicare Inc. to form a joint venture that will add to its portfolio of long-term care homes. Montreal-based Axium manages $7.9-billion of infrastructure and invests in a range of sectors, from oil and gas to transportation.

After the latest Chartwell deal, there is now speculation Chartwell itself may become a takeover target. “With Chartwell becoming a pure-play retirement vehicle with the largest retirement platform in the country, Chartwell potentially becomes an even more attractive takeout candidate, in our view, for larger consolidators looking to deploy capital in this asset class in Canada,” National Bank Financial analyst Tal Woolley wrote in a note to clients.

With a report from Andrew Willis

Your time is valuable. Have the Top Business Headlines newsletter conveniently delivered to your inbox in the morning or evening. Sign up today.