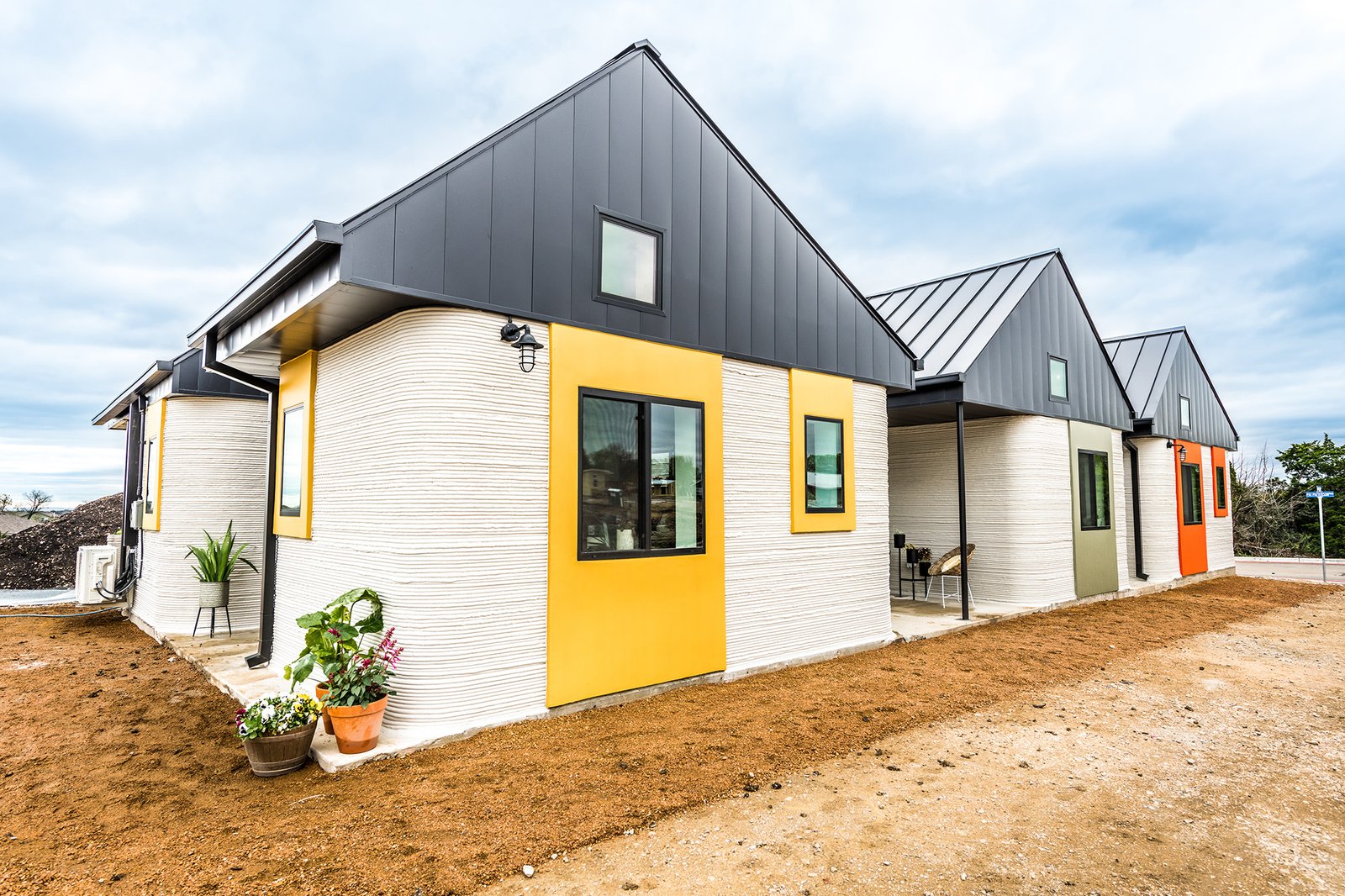 ICON and Mobile Loaves & Fishes just unveiled the first 3D-printed dwellings at Community First!, a 51-acre development that will aim to house 40% of Austin’s homeless population. The 400-square-foot houses were designed by Logan Architecture, and each one has a bedroom, a bathroom, a full kitchen, a living room, and a large porch.

“ICON at its heart is innovation for a better future,” says Jason Ballard, the company’s co-founder and CEO. “We need a radical rethinking in the way that we approach solving vexing issues in our society like homelessness. At the end of the day, this is all about people and the dignity of human beings.”

The homes were printed three at a time from proprietary concrete using custom machinery that’s faster and more efficient than traditional construction. The technology was critical to the development of the community—and it holds great promise for addressing both homelessness and broader affordable housing issues.

“Vulnerable populations like the homeless are never among the first to access leading-edge anything,” says Mobile Loaves & Fishes founder and CEO Alan Graham. “But here in Austin, Texas, they’re among the first in line who will be living in some of the most unique homes ever built—and we think that’s a beautiful thing.”