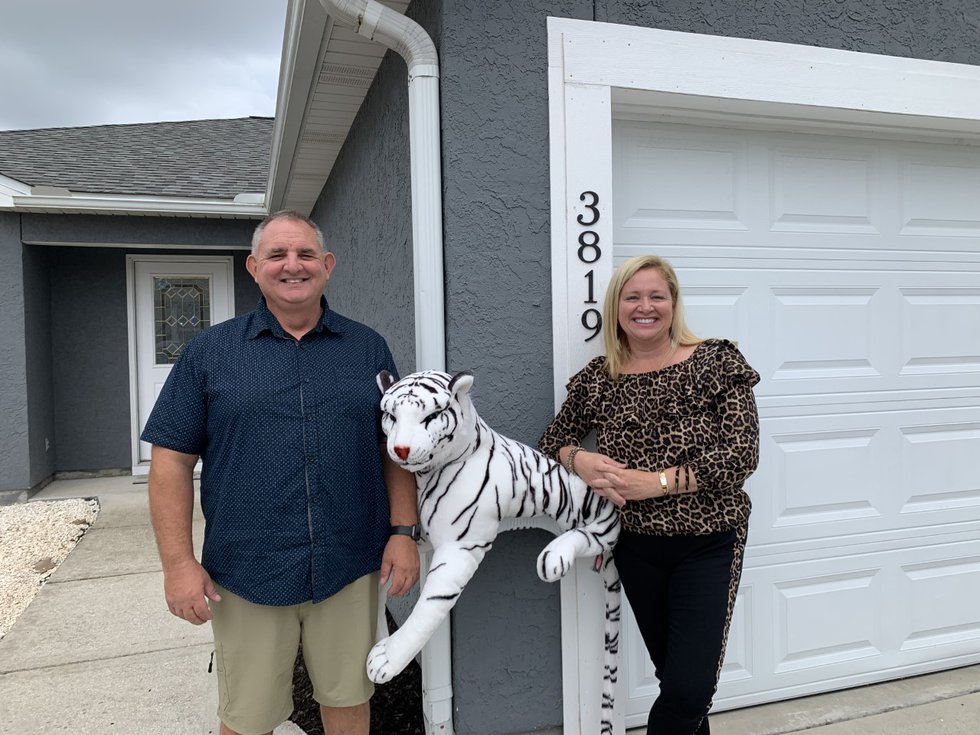 PANAMA CITY BEACH, Fla. (WJHG/WECP) – Real estate agent Crystal Ball recently finalized a divorce with her now ex-husband, Richard Chaillou. She said she wanted to make light of the situation. That’s when Crystal made a two for one deal.

“I decided to test it and see if I can sell him as a tenant with the house.,” Ball said.

The house listed at $699,000, included Richard striking funny poses, flexing his muscles, and laying down with a tiger.

Crystal described her husband as a great, cook who will make the new buyers all types of meals. She joked saying his ‘XL ears will pick up creaks’ and ‘Head covering is well worn, mostly balding, like the eagles soaring in the sky.’

“My company in California side sent me a report and it had like 55 million views, I was like can you believe this,” Ball said.

Richard said he loves being goofy and life shouldn’t be taken too seriously.

“I don’t mind doing whatever, you have to have fun,” Chaillou said.

So, why the tiger? Crystal’s brokerage is called ‘Investors Gone Wild’ and they partnered with the Bear Creek Feline Center in Panama City, so a jungle theme was only right for her wild listing.

The ex-couple has two boys together. Crystal said the divorce will never stop them from being a family. She said Richard and her will always get a long and she’s actually waiting for him to get a girlfriend so she can have a ‘sisterwife.’

As for the home, it never sold. Crystal said Zillow took it down because it was against policy. She plans to add a bounce house in the backyard and make it an Airbnb.