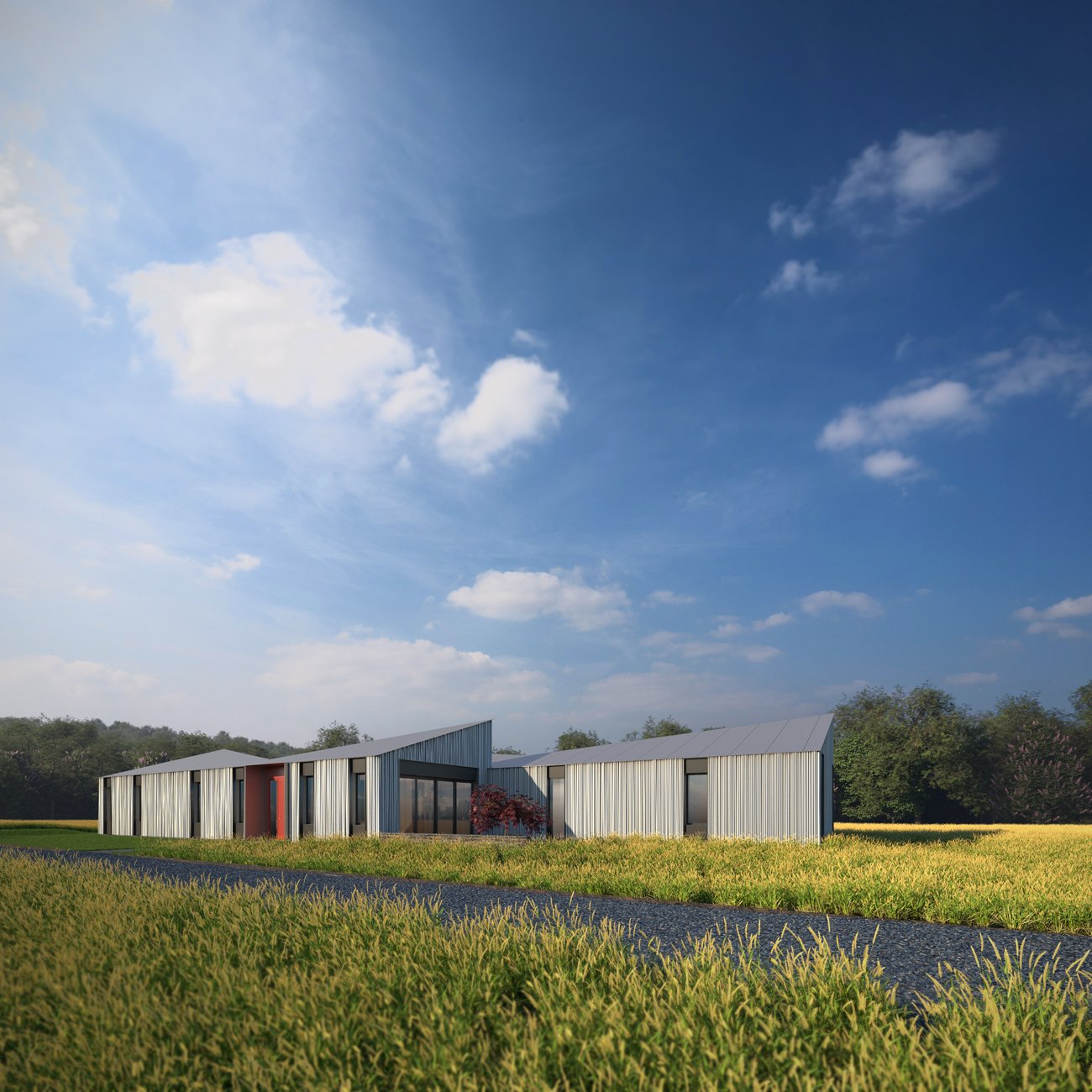 “People don’t build as many bespoke homes as they used to,” says architect Matt Krissel, a partner at KieranTimberlake. That’s why the firm has teamed up with Bensonwood and Lake|Flato to launch OpenHome—a new system for constructing quality, customizable prefab homes for anyone, anywhere.

OpenHome lets buyers choose between three design systems—one from each architecture firm—which can be customized with different layouts and components. Like traditional building, clients work with an assigned architect and a builder on a plan. Once that plan is in place, the bulk of construction happens in a New Hampshire factory, and then the parts are shipped to the build site for completion.

It makes for quick work—and little, if anything, is sacrificed in the expedience. “These designs raise the ante for what a home should be,” assures Tedd Benson, owner of timber frame house company Bensonwood. “From stairs, to energy efficiency, to cabinetry—we’re taking craftsmanship to the highest level.” The panelized system is “passive house ready,”  so homeowners can easily pursue low-impact builds.

The system’s litmus test took place during a New York winter in 2008. At an upstate build site, Lake|Flato and Bensonwood implemented prefab panels in conjunction with heavy timber framing, working through challenging conditions to complete a home in a relatively quick eight months. That project connected the dots between design, fabrication, and construction.

“It’s exciting because it represents a culmination of 25 to 30 years of thinking, strategy, prototypes—so many things over the years,” says Benson.

The three firms applied hard-learned lessons, and decades of experience in traditional architecture and construction, to overcome industry shortcomings. “Prefab has been a fragmented effort, it has never been cohesive,” says Bill Aylor, associate partner at Lake|Flato. “Everyone has been afraid because it locks them in. I think it frees you up.”

As it stands, the limitations facing OpenHome are the same as any style of construction. Building on a hillside, for example, requires the same attention if you’re planning a stick-built home or dropping in a prefab.

The system excels in its flexibility and adaptability—the architects can produce a home for balmy Florida just as easily as they can design a house for wintery New York. “We’ve climate tested in every zone,” Matt Krissel of KieranTimberlake says. “They’re really designed for flexibility and high performance.”

Costs for each of the three templates vary by region but hover between $400-$600 per square foot—but that could go down. “Like any good product that can scale, we’re hoping it will evolve over time,” says Krissel. “We’ll continue to hone construction techniques and will fix things as we go.”

The OpenHome system rests on the foundation of hammer-and-nails building methods. “Everyone at Bensonwood can throw on a tool belt and build a house,” says Aylor of his colleagues. “We have to remember what got us here, not throwing away what we’ve learned from traditional building.”