Panhandle Butterfly House has a new home, but it’s not a house. Here’s how it will work 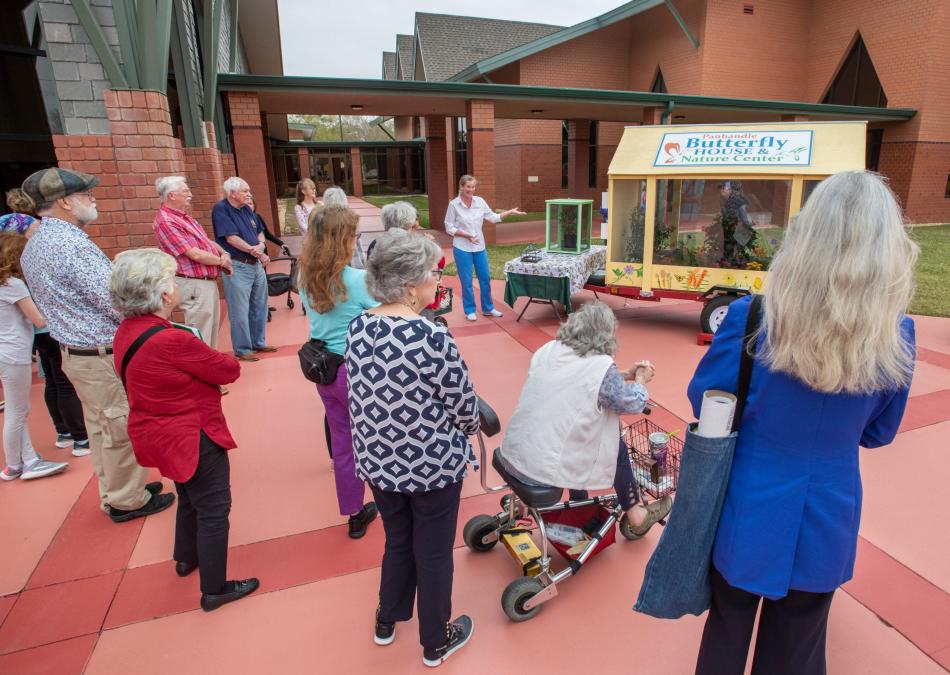 The Panhandle Butterfly House and Nature Center is planning to hit the road after the organization unveiled its new “house” Tuesday afternoon at the Southern Charm Flower Show in Navarre.

The group will now utilize a mobile facility to take the experience of learning and spending time with butterflies to the community, rather than having the community come to a static building.

“We would like to service more of the Panhandle. And this is important too, because the northern schools in Santa Rosa County, the Navarre butterfly house was there for 25 years, right? The kids up in Jay never saw the butterfly house. It was too far away for a school field trip,” said Jenny Weber, head of the Panhandle Butterfly House and Nature Center Inc.

The Panhandle Butterfly House left its previous location at the foot of the Navarre Beach Bridge in 2018, when the county announced it was planning a renovation of the park.

“I said, ‘Wait a minute, why don’t we go to them? Why don’t we (put) the money into the display and take it right to the school?'” Weber said.

About 30 members of the public, including candidates for public office, turned out to see the group’s unveiling Tuesday. Mike Clynch — who is running for the Santa Rosa County Commission District 4 seat — told the News Journal he liked the mobile project, saying that as a former science teacher, he believes Santa Rosa County needs additional educational opportunities and this can help lead to other ideas in the community.

Elishia Bouley is a local resident who helped paint and design the exterior of the mobile structure. She said Weber only told her that her work would be part of the new butterfly house, but she did not realize just how much it was going to be on display.

“This was a surprise for me, too,” Bouley said, smiling.

As of now, Weber said she has gotten interest from two homeschooling groups about educational opportunities with the traveling butterfly house, and that her organization was originally looking at finding another static structure to house the butterflies but decided late last fall to pursue this option instead.

“So, I don’t know what’s going to come out of this. And we’ll see on Facebook how many people are requesting (our services),” Weber said.

Weber said, ultimately, the goal is simply to educate both children and adults about Florida’s butterflies and their environments.