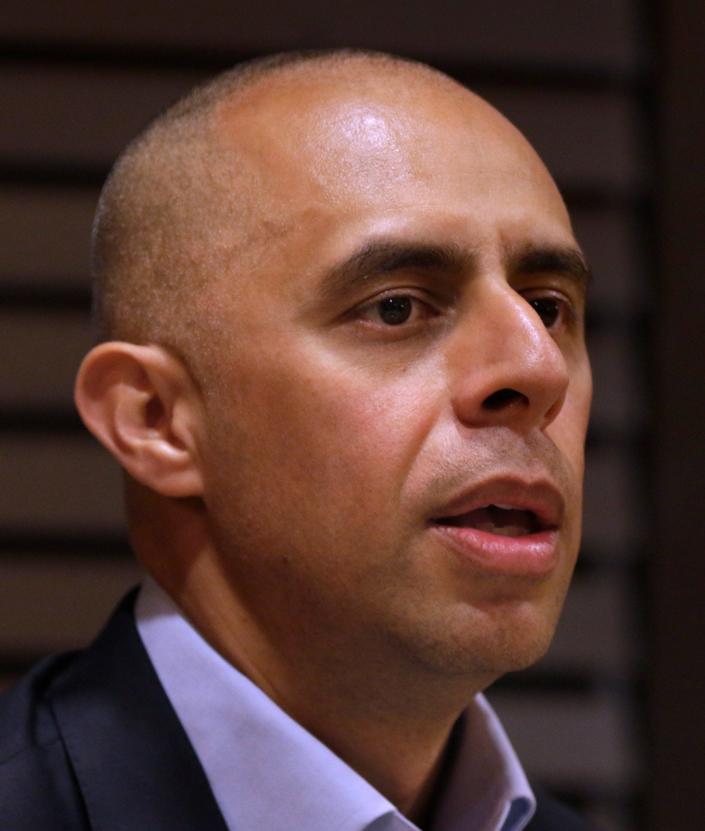 As a housing crisis persists across the state, the city is allocating $30.7 million to the issue, $17 million of which will go toward developing affordable units. The remainder of the category will be spent on rapid rehousing, permanent supportive housing, emergency housing, a home repair program and other initiatives.

At a news onference on the city’s pedestrian bridge with City Council members who on Thursday gave their final approval, Elorza said spending decisions were driven by public input sought by the city’s COVID-19 Recovery and Resiliency Task Force.

“We made it a point to go to those hardest hit neighborhoods and hardest hit communities and get an over-representative sample from those folks as well,” the mayor said. “But it still did not change the fundamental reality that regardless of where you are throughout the city, we have the same priorities.”

Funding for certain categories, such as housing priorities, will not be spent until the city puts out a request for proposals and selects partners.

Where is the rest of the mone

Other major spending areas include a $20-million investment in water, sewer, broadband and infrastructure; $24.3 million for community and social disparities, which includes funding for recreation centers, community centers; and $10 million for a reparations initiative which is being formulated by a special committee. It is not yet clear what form reparations may take, though possibilities include money for housing and education.

More: New Providence board weighs how to offer reparations, from housing to education

Additionally, $36.7 million is budgeted for revenue recovery, which will replace lost meal-tax and hotel-tax revenues, for example.

A $6.2-million investment is being made in the tourism, travel and hospitality sectors to aid their recovery, down from the $7.7 million Elorza initially proposed. Upon receiving that first proposal, City Council President John Igliozzi criticized the category as a fund for “parties and tourism,” stating that it was “concerning because this is called the American Rescue Plan Act, not the American Party Act.”

However, during Friday’s announcement, both Elorza and Igliozzi were all smiles and appeared to be in agreement on the end result.

“It’s good stuff because all of us, family and friends, have been going through a really difficult time thought these past few years,” Igliozzi said. “This COVID has been horrific.”

Elorza, who joked that he and Igliozzi find themselves siding on issues — as both campaign for voters and lawmakers to approve a hefty pension obligation bond — said he’s satisfied with the final budget.

“I’m certainly happy with it,” Elorza said. “Like everything in government, the result is a compromise, but at the heart of it, there’s a great deal of alignment in terms of values and principles, and they’re reflected here.”

This article originally appeared on The Providence Journal: Elorza signs off on Providence spending plan for COVID-19 relief funds