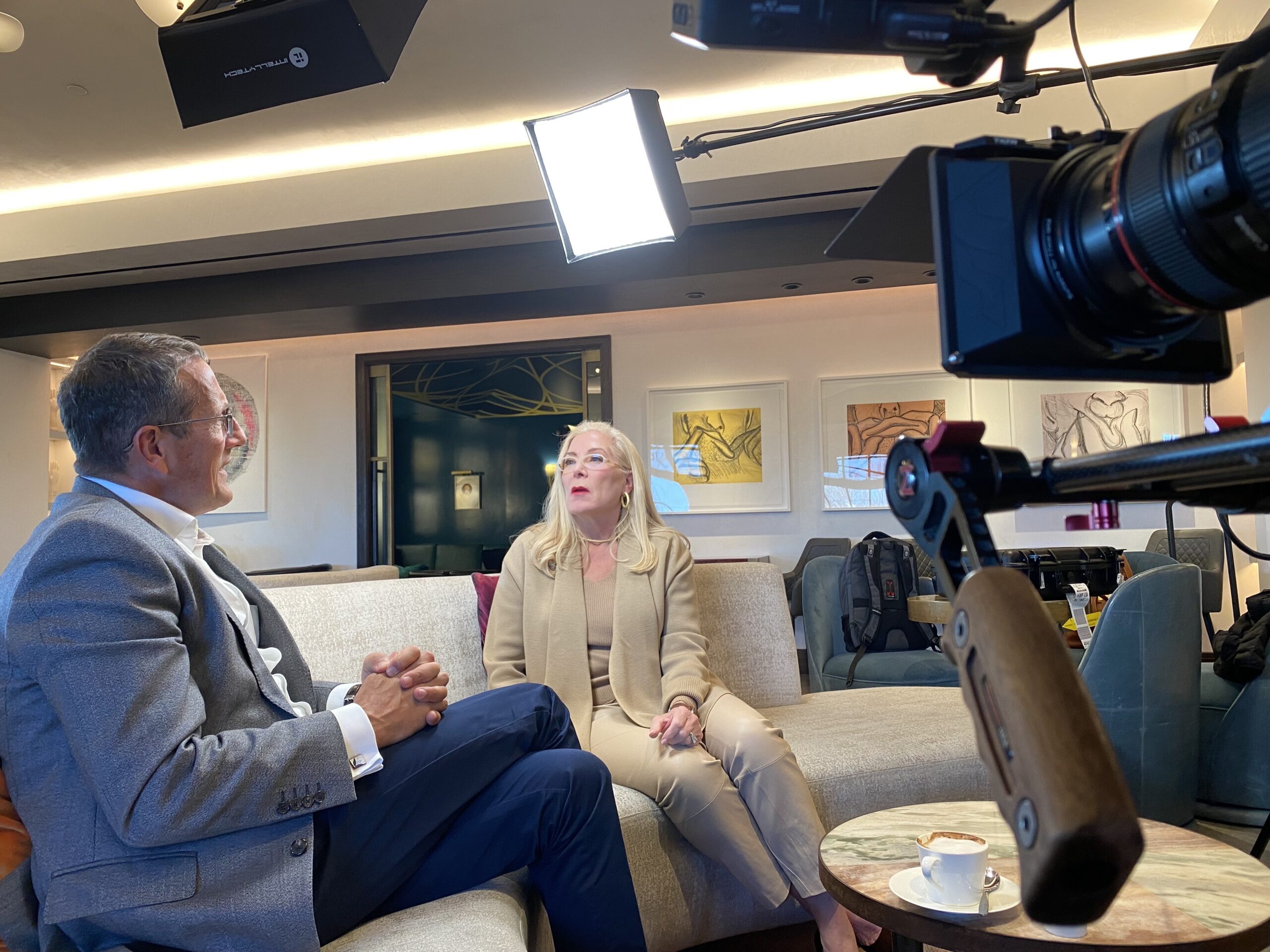 We were checking our bags at SFO on January 6 when I got an email from a producer at CNN, a chap named Robert Howell:

Hi Candy, I am a producer with CNN’s “Quest’s World of Wonder” program. It’s a monthly travel show hosted by Richard Quest that aims to uncover the “DNA” of cities around the world by spending time with some of its most engaging personalities.

We were doing research for a Dallas show we will be filming at the end of this month and were captivated by your website and earlier videos. You clearly have your finger on the style and pulse of North Dallas.

I’d love to speak with you more about the show and hear your thoughts on how we might be able to get you and Richard together on camera.  You have a very unique perspective on certain slice of the city which he is very interested in exploring. Please let me know when you have a moment to chat.

Wow. Engaging personalities? Unique perspective? I had heard of Richard Quest, and I watched his show, which is more than I can say about a lot of TV. Immediately I tabbed and watched more episodes, trying to figure out if this was a media trick of some sort. Would Chris Cuomo be tossed in at the last minute? Would Richard flip my “engaging personality” into a Real Housewife? Inquiring minds needed more info, like who else was in the lineup?

Richard’s fantastic producers, Robert Howell and Holly Brown, worked hard to help him find “the DNA” of Dallas, especially since he had not been in town since the old JR Ewing days. And remember, JR is how the world still thinks of us. I wanted him to see the “new, bigger, sleeker” Dallas, both the city and the real estate.

We worked to get into a high Dallas profile home or two. Thanks to a snarky article out of Texas Monthly on 6915 Baltimore, $43 million, that owner said no way. (I love how the young Austin writer thinks she is the first to question the largesse of over-building. Have you ever met a multimillionaire who built a modest home?) Sad because Richard would have loved the oil lineage: the owner, Christy Thompson, is the daughter of the late wildcatter James Cleo Thompson, who founded the Thompson Petroleum Corporation with his father in the 1970s: oil to real estate. Update: the owners have moved in the house, it’s now off market.

Richard came to town with Brown as field producer, along with this gorgeous, strapping young Australian photographer and pilot from LA, Beau Molloy.

The theme centered on oil money in Texas, tracing it down into the next generation. I told Richard there are still three big things in Dallas: real estate, retail, and rich people. Richard had asked to see THE spot where Dallas’ wealthy oil scions now hang out. Since I knew the Dallas Country Club would never allow it, we got into Park House at Highland Park Village, thanks to one of the owners, my friend Deborah Scott. By the way, Richard was entranced with her.

What was Richard like? An absolute gentleman — polite, gracious, and one of the smartest people I’ve ever met. Could have listened to him for days.

“Richard was absolutely charming,” said Deborah Scott, a co-founder of Park House. “He is such a character and we have places across the street from one another in London! It was a significant moment for Dallas to have him film here.”

He told me so much about the world; he made me remember why I do what I do (and wanted to do it since age 16). He respects fine living, and we shared the same disdain for modern media’s slanted “anti-rich” snobbery. He belongs to SOHO House.

When I told him how Dirk Nowitski got mad at me for writing about his home, we commiserated that celebrities all want privacy but love those million-dollar checks they get courtesy of fans. Of course, I showed him the home with the water park (the one that got me sued that one time), and I took him to the Crespi Estate where he thought they should have left the 25 acres as pure property to balance the size of the house — just like the Sandringham Estate.

Watch Richard Quest explore Dallas real estate with me as his tour guide.