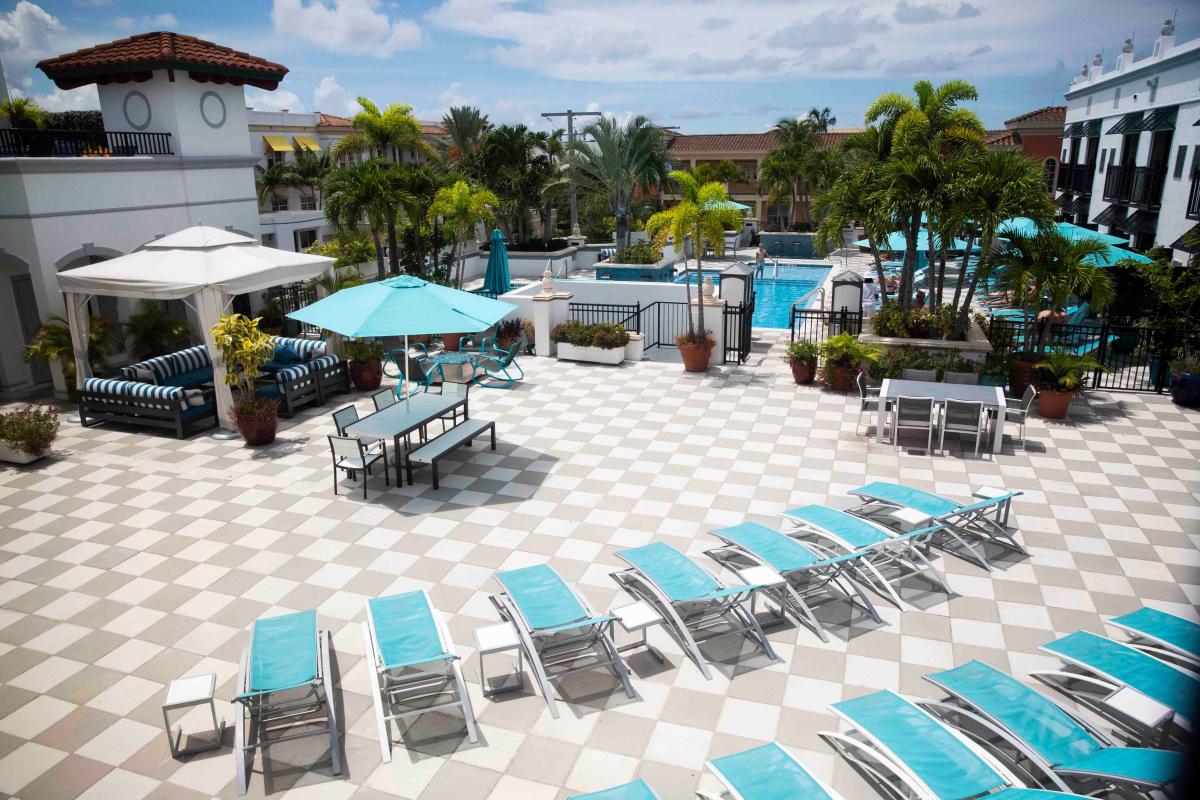 A publicly-traded real estate investment trust has announced plans to acquire the iconic Inn on Fifth in downtown Naples.

The deal is expected to close by June, if not sooner.

The resort property includes two buildings that sit across the street from one another off swanky Fifth Avenue South. Combined, they have 43 spacious suites, most of which are in the newer and even more exclusive Club Level building.

Along with its suites, the Club Level offers a private rooftop with a jacuzzi and a private lounge serving food and drink, from breakfast and hors d’oeuvres to sodas and cocktails.

As for the main building, it has 87 guest rooms and suites, with more than 10,000 square feet of recently renovated meeting space, a 3,600-square-foot outdoor pool deck, a day spa and a fitness center.

The original hotel also includes more than 21,000 square feet of high-profile, ground-level retail and commercial spaces, which is 100% leased and occupied. Tenants include the Truluck’s and Ocean Prime restaurants, as well as upscale retailer Vineyard Vines and an international luxury residential sales brokerage.

The Pebblebrook Hotel Trust’s announcement came via a news release.

“We are extremely excited to acquire this premier Naples landmark resort in the high barrier to entry Naples market,” said Jon E. Bortz, the trust’s chairman, president and CEO, in a statement. “The Inn on Fifth exemplifies South Florida’s effortless blend of upscale, laid-back luxury and was developed flawlessly and cared for meticulously by the current owner.”

Current owner Phil McCabe, a local hotelier and developer, opened the inn decades ago. In 1998 to be exact.

He added the Club Level suites across the street in 2012.

Over the years, the property has seen millions in improvements, keeping it fresh and competitive.

The Naples area’s rapid growth is clearly one of the driving factors in the trust’s decision to purchase the property.

“This unique leisure-focused property is centrally located at the main intersection of Old Naples and is surrounded by over 30 restaurants, cafés, art galleries and boutiques. The Inn on Fifth is well-positioned to benefit from Naples’ ongoing growth and desirability as an exclusive destination along South Florida’s Gulf Coast,” Bortz said.

That includes a development opportunity on a 0.6-acre parcel adjacent to the hotel’s main building that is part of the planned acquisition.

In the year ending in February, the hotel generated $431 in revenue per available room, earned $11.3 million (before interest, taxes, depreciation and amortization), and brought in $10.5 million in net operating income.

March results “indicate dramatic further growth,” according to the trust, with revenues up by more than 40% — and an average daily rate of $1,000.

With the acquisition of Inn on Fifth, Pebblebrook’s portfolio would grow to 54. Its properties include 12 unique drive-to, independent lifestyle resorts, and six properties in South Florida.

The trust plans to fund its acquisition of the inn with about $78 million in cash, along with $77.6 million in perpetual preferred operating partnership units — or preferred stock — to be issued to the seller.

Naples Beach Hotel is coming down: What’s coming next? A 5-star resort and luxury condos

In the Know: Ritz-Carlton projects in Collier, Lee; evolving Arthrex; and Sanibel on ‘The Simpsons’

The announced hotel acquisition follows two other significant ones in the Naples area.

The upscale resort is at the end of Seagate Drive, opposite Pine Ridge Road, near U.S. 41, steps away from Clam Pass Park in North Naples.

It opened in 1988 as the Registry Resort.

This article originally appeared on Naples Daily News: The Inn on Fifth is headed for a sale to a real estate investment trust