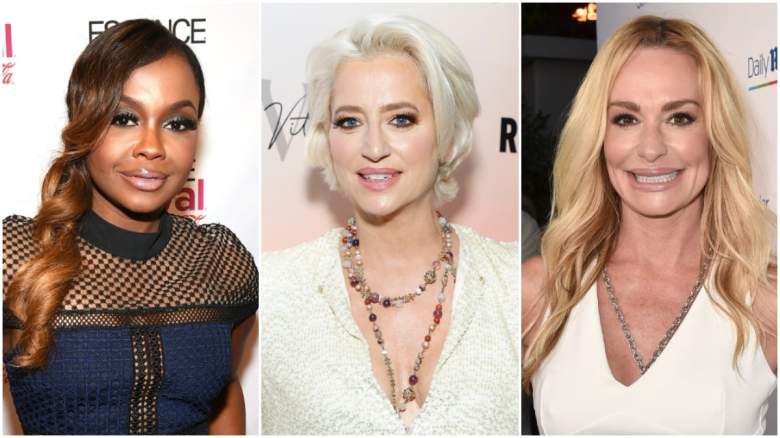 “The Real Housewives” franchise is back for a second “Girls Trip”—and fans don’t know what to think about it.

“These women are nuts,” Parks is seen saying in the clip.

Fans were also taken aback by the first look at the cast’s promotional photos for the season, which premieres June 23 on Peacock.

After the cast photos were released on social media, fans had a field day weighing in on the Housewives’ autumnal clothing theme as they posed in a wood-paneled room. Some fans thought the women looked like characters from the classic board game Clue. The murder mystery board game was developed during World War II and has been in production for decades, per History.com. “Clue” has most recently been produced by Hasbro for more than 30 years.

“What in the Clue styling is this?” one Redditor wrote of the RHUGT stars promo shot.

“Dorinda, with a coral pillow, in the fish room,” another fan cracked.

“Dwight with Aviva‘s leg in the Buco di Beppo Capri room,” another wrote in reference to several past iconic Real Housewives moments.

Others thought the women looked fake and cheaply styled.

“Why do they all look like Kmart wax figures of themselves?” one wanted to know.  “Did they all get styled at Forever 21 or Fashion Nova…so much rushing and scrunching.,” another asked.

Others didn’t recognize Armstrong and Glanville at all.

But others thought the title was in poor taste, given the fact that Armstrong’s first husband, Russell, died by suicide in 2011. Armstrong had filed for divorce from her husband just one month before his death.

“Ex-wives club with Taylor is a bit dark isn’t it,” one Redditor commented of the new “Ultimate Girls Trip” theme.