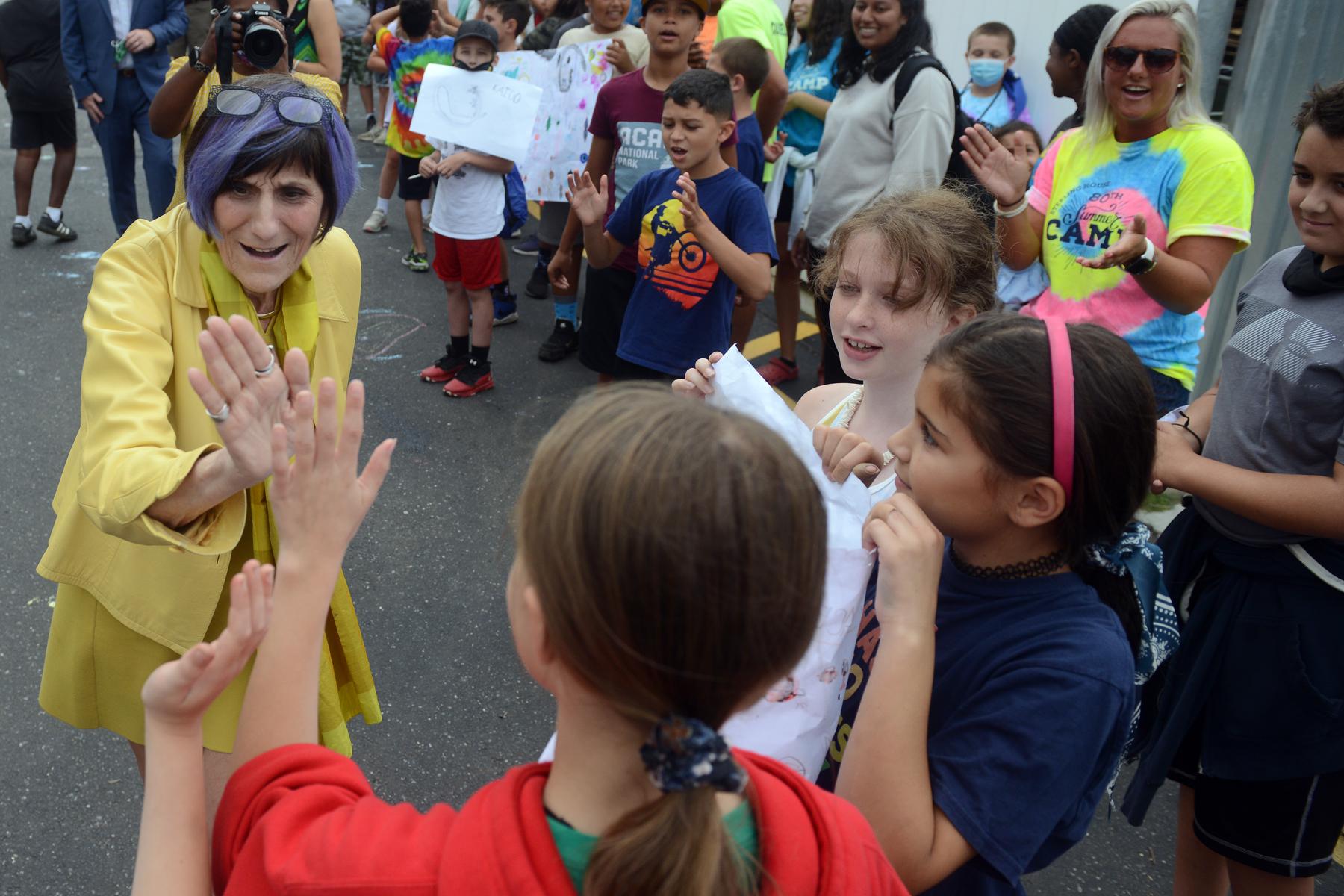 STRATFORD — The “town’s house” could be getting a new roof for the first time in 136 years.

The Sterling House Community Center is set to receive $1.5 million in funding from the federal government after the House of Representatives passed its spending bill Wednesday. This spending bill is yet to be passed by the Senate.

The money, coming as a part of $13.6 million in spending on local projects in the 3rd Congressional District, is going to be put toward renovations for the community center, according to a release from U.S. Rep. Rosa DeLauro.

“It has been an incredible two COVID-years of determination, resilience, and heart as we worked together to serve the urgent needs of our community,” Amanda Meeson, Sterling House’s executive director, said in the release. “…With the restoration of the failing exterior shell of our beloved 136-year-old home, we will ensure Sterling House stands proudly to welcome and serve the generations to come.”

Meeson said that Sterling House is still determining the full cost of the renovations, but the final figure will be “significant” as a historical building. She said everything from “the roof to the gutters” on the outside needs restoration “in order to stay aligned with the integrity of the building and its original tenants and keeping an eye on preservation.”

“And then there’s out buildings and ground improvement, environmental upgrades and things that we’re hoping will support this as well,” she added.

The center also received $2 million in state funding through the state Department of Economic and Community Development last July, which means this funding would bring the total to $3.5 million raised so far. Meeson said the center wanted to wait for clarity on these two grants before pursuing any further funding.

These renovations will help address challenges the center has faced. Meeson said they have had to operate programs while portions of the building were sectioned off with caution tape because of water-damaged floor tiles.

“A full restoration will not only ensure the building stands strong, but that we can continue to operate fully inside,” Meeson said.

The organization has mainly focused on the investigative work necessary so far, including getting drone footage of the house and a slate assessment of the roof, but have begun some minor restorations. In total, Meeson said this would be a four to eight month renovation once it gets underway.

“Dedicated groups and organizations across Connecticut are working hard to boost our economy, support hardworking families, and keep our communities safe, they simply needed the funding to succeed,” DeLauro said Wednesday. “For the first time in 10 years, the federal spending package I introduced and helped pass today includes funding for community projects across Connecticut. These investments support our local communities, small businesses, and working families. They go to local governments and nonprofits that serve our communities, not to big companies.”

DeLauro visited the site in August after this portion of funding was announced in late July. She was met with hundreds of campers cheering her name.