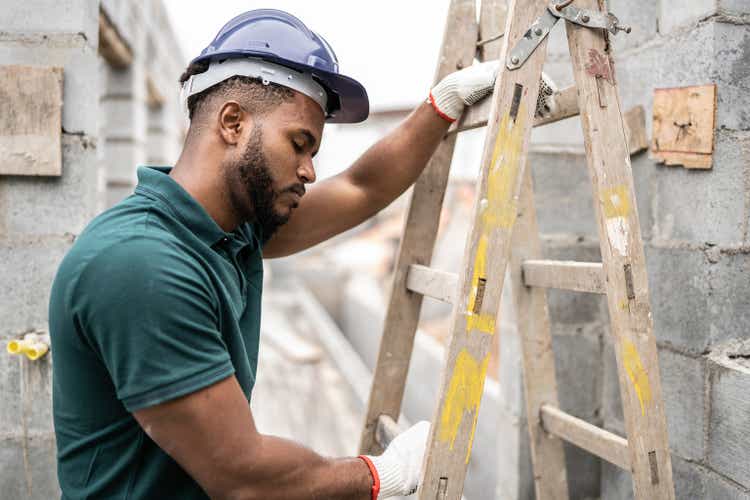 Taylor Morrison Home Corporation (NYSE:TMHC) reported Q4 2021 earnings a full month before Fed Chair Jerome Powell made his pivotal speech clarifying the Fed’s anti-inflationary mission. Through regional publications, the Federal Reserve later implied that the inflationary pressures in housing sit at the core of its desire to move aggressively on normalizing monetary policy. Accordingly, Taylor Morrison will next report earnings in a different macro environment and with worsening investor sentiment. I will be watching to see whether the company chooses to stick to its relatively bullish guidance under these conditions. Here is the full-year guidance including my calculations for the associated year-over-year changes implied by the forecasts:

Note how Taylor Morrison is making significant improvements to its balance sheet. These improvements look under-appreciated by the market. This milestone marks an important turning point in the process of integrating William Lyon Homes, an acquisition I originally thought was poorly timed. Moreover, the margin improvement alongside the potentially strong home closings growth provides the prospect of a year of strong profitability. Still, TMHC is only up 13.6% in the 2 1/2 years since the news of the William Lyon acquisition. The stock is still deeply under-performing the 29.9% gain for iShares U.S. Home Construction ETF (ITB) over this time. Moreover, TMHC has barely made any price progress since its IPO in 2013. A look at the current competition among peers explains much of the under-performance story. The resulting valuation discounts, including impressive cash generation capability, pave the way for potential future upside when housing’s tailwinds abate.

For peers, I chose home builders that bracket TMHC’s $3.2B market cap. I include Lennar (LEN) for the context of big market performance (Taylor Morrison is the U.S.’s 5th largest homebuilder). First, the worst news: TMHC lags all its peers on margins, return on equity, return on assets, and return on capital. From Seeking Alpha:

Fortunately, TMHC is laser-focused on improving these metrics. The strong trends appear in the guidance. Next up, TMHC has experienced more success against a mix of its peers against various measures of income growth. After lapping the boost from the William Lyons acquisition, TMHC’s revenue growth is only beating out Meritage Homes (MTH) year-over-year and LGI Homes (LGIH) in forward guidance. However, profitable growth should earn TMHC more attention in a higher rate environment. The green boxes below highlight TMHC’s winning comparisons (excluding Lennar):

TMHC’s cash generation makes TMHC look well-prepared for coming headwinds relative to its peers. The company even looks like a relative cash generation machine. While peers have gone negative heading into a higher rate environment, TMHC has generated positive free cash flow and cash from operations. This balance sheet support underlies management’s confidence in its ability to navigate whatever is coming next for the housing market.

Management described the source of its confidence in the conference call (from the Seeking Alpha transcript):

“…having 9,100 over 9,100 sold homes in our backlog, we have strong visibility to the future margin profile. And in that our teams, I believe, have built in the correct amount of contingency to get us through with cost increases we’re seeing today. And then combine that with the specs that we have under production, which we’ve increased significantly year-over-year strong visibility to where we think today pricing on those is going to end up being. So we have overall between our specs in our backlog a quite a large portion of our total year’s closings some visibility out today.”

Like other homebuilders, TMHC has increased its focus on increasing efficiencies. All the work going into remediating the stresses of a dysfunctional supply chain should deliver upside whenever these pressures lift. Like KB Home (KBH) announced in its bullish guidance, TMHC did not incorporate supply chain improvements into its guidance. As a result, TMHC left room for upside surprises later in the year.

One of the big areas for efficiency is actually a loss for customers. TMHC will further “rationalize” its floor plans to reduce variations. This move helps make construction more efficient. The company reduced its “options library” by 30% last year.

TMHC is also undergoing a surprising mix shift which should help sustain buying interest as the affordability crunch worsens with higher rates. William Lyons brought a business that was 54% entry-level. The acquisition boosted Taylor Morrison from a 28% to a 36% entry-level share. The move-up segment grew year-over-year “in both net orders and absorption pace” and is now back up to 50% of total sales. This segment had a 44% share in 2021.

The affordability crunch also makes renting more attractive in some markets, especially where entry-level buyers find they need more time to save for a down payment. TMHC has launched a “Build-To-Rent” with a reported average community size of “approximately 175 homes, with an average rental rate of $1,700 per month for a typical 1,000 square foot average unit.” However, the company does not intend to be a long-term landlord. These affordable living options provide Taylor Morrison with high “exit optionality” when they sell the assets after achieving a stable rental population. More and more builders are looking to supplement their home building with rental ventures. Lennar launched its own called the “Upward American Venture” a little over a year ago.

I suspect TMHC will not benefit short-term from the upcoming Q1 earnings report unless something dramatically changes in the macro-environment. With the Federal Reserve leaning heavily against housing and market sentiment souring on the housing sector, TMHC is up against significant headwinds. When market participants even sniff a change in the cycle, skepticism runs high. As a result, like its peers, TMHC is valued at recession-like levels with a price/book ratio below 1.0. TMHC is the lowest at 0.8. TMHC also has the lowest price-to-earnings (5.2 trailing and 3.2 forward!) and price-to-sales (a mere 0.4!) ratios among its peers. Those rock-bottom valuations provide some hefty cushion for a business that projects to perform so well despite the headwinds.

So count TMHC as one of the home builders I want to accumulate against the headwinds. However, as things stand, my seasonal trade on home builders ended in early March. Thus, the timing is a bit soon to turn right around to jump back into the fray. In a negative technical scenario, a pullback to the July 2021 or November 2020 lows could pull me in. (Note well that ITB already trades at a 15-month low). On the positive side, I want to pull the trigger the instant the Fed signals the timing for ending normalization of monetary policy. Regardless, TMHC is at the top of my buy list however the next opportunity arrives.

As I noted earlier, TMHC has gone nowhere since the early days of its debut in public markets in 2013. Combine this near decade-long range with strengthening fundamentals and extremely low valuation, an under-performing TMHC seems “due” for a major “appreciation” rally in the next up-cycle for housing.

Be careful out there!