The housing market is running hot. Can the Fed cool it before it crashes? 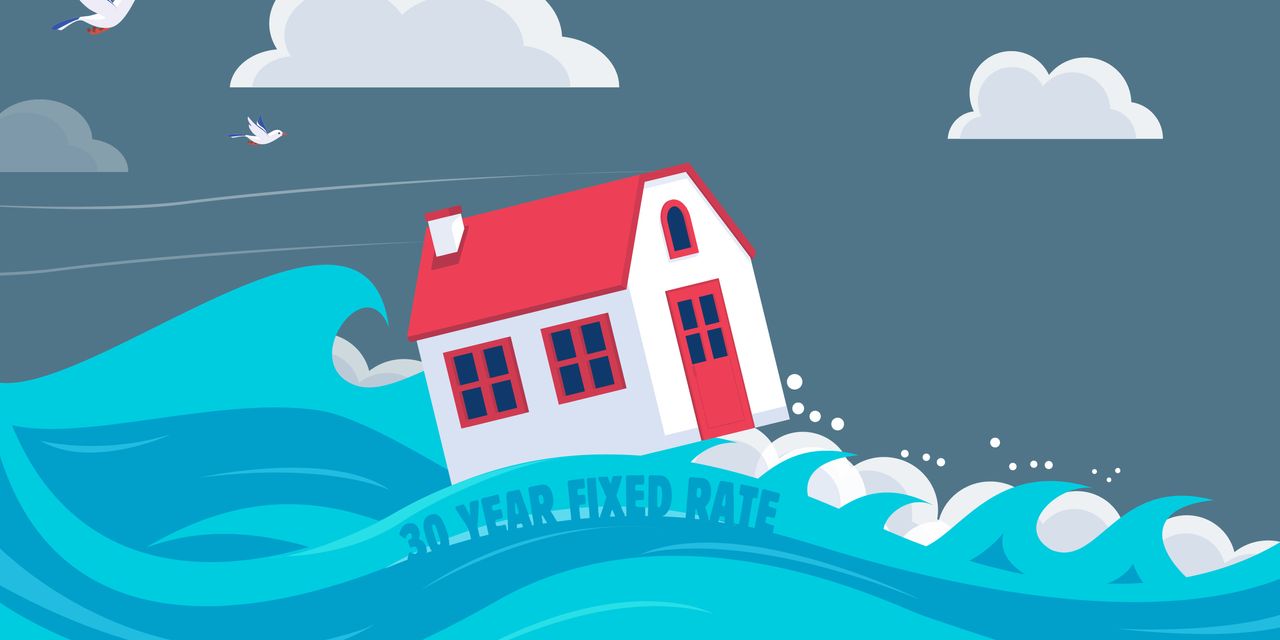 When the “Bond King” Bill Gross sat down recently with Barry Ritholtz for an episode of “The Big Picture” podcast, the billionaire investor and PIMCO founder took a pretty skeptical view of who might next build a kingdom out of debt.

“I don’t think anybody can be the future bond king because central banks basically are the kings and queens of the market,” Gross said. “They rule — they determine where interest rates are going,” he said.

The Federal Reserve now wants higher interest rates, potentially rapidly so, and tighter financial conditions as the U.S. looks to emerge from the pandemic, but with the highest cost of living in 40-years. Wages climbed, but so did prices for gasoline, groceries, cars, housing and more.

Minutes of the Fed’s March meeting on Wednesday echoed the central bank’s hardening stance against inflation, including its outline of plans to shrink its near $9 trillion balance sheet at its swiftest pace ever.

In a surprise, the minutes also left open the door to outright sales of the central bank’s $2.7 trillion mortgage-backed securities holdings, a potentially disruptive process requiring other investors to fill the void.

“Clearly, the Fed is very focused on bringing down inflation,” said Greg Handler, head of mortgage and consumer credit at Western Asset Management, while noting that housing makes up about a third of the headline consumer-price index, a key inflation gauge that hit an annual rate of 7.9% in February.

A fresh reading is due Tuesday, with Credit Suisse economists expecting headline CPI for March to bump up to 8.6%.

“It’s somewhat of their intention to throw some cold water on the housing market,” Handler said, by phone. “Can you actually see a correction, or an overcorrection? I think there’s obviously some risk of that.”

But the Fed has been a key buyer of such debt for years, and as Gross said during the podcast, the central bank holds considerable sway over interest rates. Since the 2007-09 recession and ensuing foreclosure crisis, the government has been a vital cog in the roughly $12 trillion U.S. housing debt market.

Many Americans rely on financing to purchase homes, with an eye to building generational wealth. Housing also remains a critical segment of the economy, which means the stakes are high for what comes next.

“We are taking note of a significant share of household net-worth being made up of home equity,” said Mike Reynolds, vice president of investment strategy at Glenmede, adding that baby boomers own a large amount of the estimated 142 million U.S. single-family home stock.

“It’s a portion of the economy that has the potential for weakness on the go-forward basis,” he told MarketWatch.

Low interest rates — and scant inventory — led property prices to skyrocket to new records during the pandemic, up 19% yearly in January. While some of the upward price momentum could ease as 30-year fixed rate mortgages suddenly approach 5%, monthly mortgage bills, as a slice of income, already have moved closer to bubble-era levels.

Read: How high do mortgage rates need to climb before it is time to worry? Above 5.75%, says UBS.

Here’s a map showing the effects of price gains across the U.S. from credit rating firm S&P Global, which now considers 88% of all regions overvalued.

“Is a clear and imminent crash coming to the market?” Reynolds asked. “It appears unlikely just given the demand and supply interaction.”

BofA Global strategists, in early April, said they expect home price appreciation of 10% this year and 5% in 2023, a call rooted in the underbuilding of homes in the post-2008 era.

Handler, a mortgage veteran, cautioned that the “range of forecasts have been the widest since the 2008 crisis.”

At the same time, parts of the “agency” mortgage bond market, where the Fed has been buying, already have repriced since the central bank began signaling a potentially quicker reduction of its balance sheet.

“Lower-rate mortgages in the 2% and 4% range, those have been under significant pressure to start the year, given the market had anticipated the Fed would be pulling back support in the summer, or the second half of the year,” Handler said.

On the other hand, his team likes housing bonds with higher coupons, areas where the Fed hasn’t been active, particularly since they benefit from the rapid rise in home prices.

“Unfortunately for the Fed, the housing market is running hot,” Handler said. But in terms of the critically low supply of housing stock, “there’s not much the Fed can do at this point.”

Stocks were under pressure Monday, after booking weekly declines, with the Dow Jones Industrial Average
DJIA,

down 1.1% and the rate-sensitive Nasdaq Composite
COMP,

Deep Dive: Here’s how you can play it safe with your investments as interest rates rise